On Friday, Shiven Singh and his fiancée were driving on the N3 near Brickfield Road when a pedestrian allegedly flung a rock at his vehicle.

“Coincidentally, we were talking about the attacks when it happened. I heard a loud explosion and there was glass everywhere,” Singh said.

The missile did not enter his car, and the couple were unharmed.

Singh said they approached the metro police for assistance, but the officers did not investigate.

“I believe there’s a trend. I’ve seen the Facebook posts and shared them, but now I understand how a victim felt after this experience.

“I have not reported the matter to police because I don’t have faith they will find the suspects,” he said.

On Thursday a rock was thrown from the Tollgate Bridge on to 77-year-old Dorian Kahlberg’s vehicle, the Independent on Saturday reported,

The Mercury reported that Aliza Cilliers’ car window was shattered after being hit by rock, as she travelled on the N2 near the airport.

The incidents come in the wake of a rock-throwing attack on the N2 near Ballito that killed two children last week. 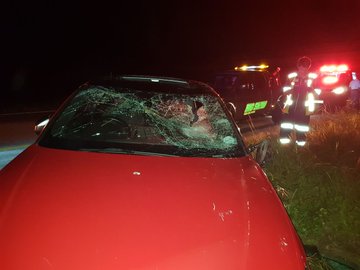 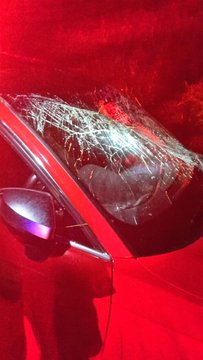 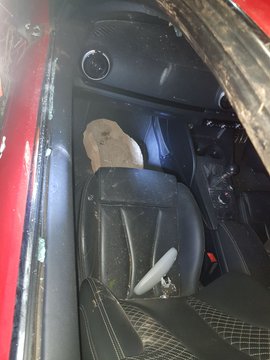 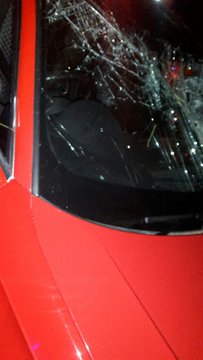 Amina Haffajee, 16, and her brother Abdur, 7, died after a boulder ripped through the windscreen of the vehicle they were travelling in.

Mbhele said that only the Haffajee deaths had been reported. No arrests had been made in that matter, she said, but northern Durban police and local crime fighters had been keeping a watchful eye on bridges.

“We cannot confirm whether or not there is a trend because there are many hoax messages, and those who have been attacked have not reported it to police,” he said.

Sadack advised: “When you’re about to drive under a bridge, be wary and try to switch lanes if it’s safe. If you are attacked, do not stop until you reach a place of safety.”

Meanwhile, the reward for information for those responsible for the attack on the Haffajees’ vehicle has scaled the R250000 mark and is currently in the form of pledges made by community members.

DA Member of Parliament Dean Macpherson started the initiative with a personal pledge of R5000 for information on the Haffajee killing.

Macpherson started the initiative because of the trauma his stepmother suffered in a rock-throwing incident on the N2 in 2015.

“South Africans are sick and tired of losing loved ones to senseless crime, and that’s why they’ve supported this cause. It’s sad that we have to offer money for information on the suspects,” he said.

Paul Craig Roberts: White People Are Being Erased – My Comments

16th Feb 2020 jlamprecht Comments Off on Paul Craig Roberts: White People Are Being Erased – My Comments

Only in Africa: German army loses 6 million masks in Kenya – My Comments

24th Mar 2020 jlamprecht Comments Off on Only in Africa: German army loses 6 million masks in Kenya – My Comments

COVID, Vaccines & depopulation revisited: How to kill billions of people… – My Boer Dentist

20th Sep 2021 jlamprecht Comments Off on COVID, Vaccines & depopulation revisited: How to kill billions of people… – My Boer Dentist