Articles
21st Jun 2018
[The 2nd Anglo-Boer war, the one driven by the Jews, especially the Rothschilds, in the Jewish/British attempts to seize control of the Boer Republics’ Gold and Diamonds, is fascinating. Like the Jewish/British Opium Wars in China, it was driven totally by capitalism/money. In this case, seizing the world’s largest Gold reserves!
The part of the war that receives the most focus is the guerilla section of it. In some aspects this war is similar to the Russian invasion of Finland in WW2. The Boers initially had standing armies of approximately 60,000 men out of their population of about 1.4 million. These armies fought the British Empire’s armies for about 6 months before they collapsed. Like the Fins, the Boers held out in a full scale fight for about 6 months.
The guerrilla phase was started by the 10% of the Boer troops who were not captured or did not surrender. The British then began burning down their houses and killing their livestock by the millions and throwing their women and children into these camps where at least 32,000 women and children died!
If the whites of South Africa/Rhodesia/South West Africa/Angola/Mozambique had behaved towards the BLACKS the way the British behaved towards the Boers more than a century ago, the entire Western world would have attacked the whites! Such are the double-standards of the modern world. Jan]

In the concentration camps mothers with small children [were told] ‘Did they not know all children under the age of 5 must die?’“

“A tiny force of never more than 6,000 active Boers was able to frustrate and tie down 448,725 troops of the world’s largest empire.” As a result, the scorched earth Holocaust policy was brought into effect.

By the Editor of WearsWar

“Lord Roberts burns our houses down;

The women out he drives;

He cannot overcome the men

So he persecutes the wives.” 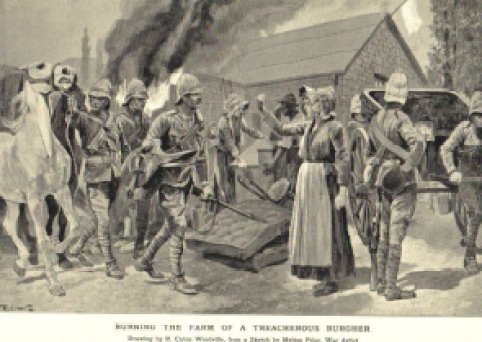 Left: The cultured & dignified Boer Women were also defiant. Right: British Calvary’s heroic stance against a handful of farmers depicted in “All That Was Left Of Them’. (Click on images to enlarge).

The Anglo-Boer War (1899-1902) was a war by the British Empire against a small Farming population in order to dispossess them of their country so that foreign interests, coveting the exploitation of newly discovered mining riches, could gain dominion – by any means necessary. The word ‘Boer’ means ‘Farmer’ in Dutch. The Boer (Afrikaners) are ethnic-Europeans, originally of Dutch, French and German extraction.

The Boer war was unlike any other war in modern history, according to author Stephen Mitford Goodson in his article titled ‘Holocausting the Boers’, (The Barnes Review Journal March/April 2017 issue). This war is more accurately characterized as the Rothschild-Anglo Empire vs Farmer-Boer War – a war conducted largely against women and children.

Despite having signed the Hague Convention on July 29, 1899, the British proceeded to contravene every article therein. The Rothschilds and the British imperialist designs to acquire total control of the newly discovered Transvaal Republic’s gold mines was the sole true motivation for instigating the attack against the independent-loving Dutch settlers.

J A Hobson’s ‘The War in South Africa’, 1900, exposed the fake atrocity propaganda and disinformation against the Boers to demonise them in the eyes of the British public. He revealed the true source of this incitement to war – the powerful Zionist lobby in South Africa which he termed ‘the Jew-Imperialists’.

The British government expected a quick defeat of the tiny Farmer-Boer population within a few months. However, as Goodson states:

“A tiny force of never more than 6,000 active Boers was able to frustrate and tie down 448,725 troops of the world’s largest empire.”

Michael Davitt, former member of the House of Commons who resigned in protest against the British offensive which he called ‘the greatest infamy of the nineteenth century’, wrote in ‘The Boer Fight for Freedom’, 1902, that two months after Lord Roberts had received an Earldom for having ‘finished’ the war [by simply issuing a ‘Proclamation’ to that effect even though the British controlled only one tenth of the Transvaal!] the British War Office announced:

“In view of recent Boer activity in various directions, his Majesty’s Government have decided, in addition to the large forces recently equipped locally in South Africa, to reinforce Lord Kitchener by 30,000 mounted troops beyond those already landed in Cape Colony.” 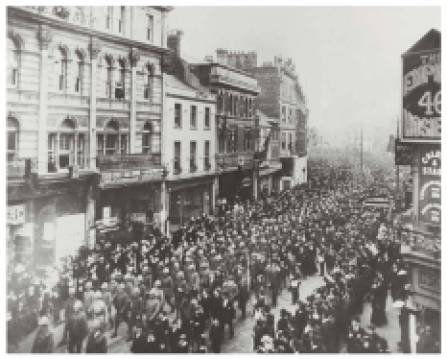 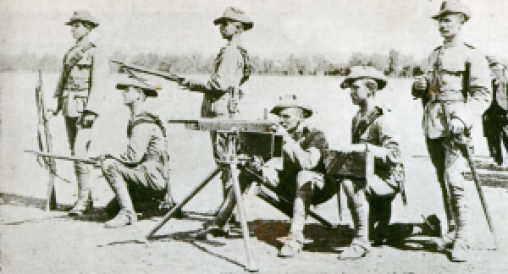 Top Left: A book about valiant Canadian volunteers. Top Right: Welsh volunteers returning home post-war. Center Right: New Zealand volunteers heading to South Africa. Bottom Left & Right: Australians with their imported artillery. All these forces were combined with English & other foreign regiments to defeat a standing army of 6,000 farmers at any given time.

You can read the rest here: https://wearswar.wordpress.com/2017/11/24/the-british-empires-holocaust-hypocrisy-the-shocking-reality-of-the-second-anglo-boer-war/

Update from Jan: All caught up … fixes and errors … all is well

2nd Jul 2020 jlamprecht Comments Off on Update from Jan: All caught up … fixes and errors … all is well

Thinking about Whites who want to get out of Cities (e.g. North America)

12th Jul 2020 jlamprecht Comments Off on Thinking about Whites who want to get out of Cities (e.g. North America)