[I’m not a fan of the Black Christian weakling Maimane whom the Jews have shoved to the front of their stupid DA political party. Every single leader of the DA has been a Jew including Helen Zille, who fakes it as a Christian but in fact both her parents are German Jew scum who fled from Germany before WW2. Perhaps the bastards are getting holocaust pensions – I’m not kidding. 9 million Jews, including Jews born AFTER WW2 get a $2,000 per month pension from Germany to this day. I wonder how many high level Jewish scum in South Africa draw such pensions now?

Maimane is the first “non-white” and “non-Jew” to run the DA, but rest assured the DA is 100% Jew Big Business funded. I have nothing but contempt for black Christians, which goes back to the actions of the very stupid, very weak, Bishop Abel Muzorewa, a Christian who was the first BLACK leader of Zimbabwe-Rhodesia and who then handed over the country to Mugabe, a blatant communist. My WARNING to Whites is to BEWARE of these weak, pathetic black Christians. If they’re not prepared to shoot other blacks, then they’re worthless.

It seems that Maimane has done something decent for once in his worthless life. It seems he has proof and has exposed Ramaphosa’s son as being involved in the massive VBS heist by the super-black criminals, all of them high level scum.

It would not surprise me if Ramaphosa’s son had his fingers in the cookie jar … a chip off the old block I’d say.

VBS has been fun because the blacks have been stealing like pigs, gorging themselves on their own bank, their own race, etc and this is one of the rare instances where everyone was caught. In the past, the dog shit worthless South African Police scum, a criminal organisation in its own right, along with Govt, etc always helped to hide black high level criminality. Finally, some of the disgusting truth comes out.

Will the young Ramaphosa be properly punished? Of course not. If true justice had to be at work in South Africa then the hangman would be busy 24/7 hanging all the garbage who need to be hanged.

FINAL NOTE FOR WHITES: NEVER VOTE FOR THE DA. The DA is Jewish and totally treasonous to whites. Its goal is to fool large numbers of blacks into voting for it. I would like to see the HNP come to life. It is the ONLY honest political party that has ever existed for whites. Whites will have to stop being weak and learn to support truth-telling whites like the HNP and not all these others who have various levels of deals with the Jewish Devils. Jan]

Here is a closeup of the deposit slip. This is definitely an FNB (First National Bank) slip. “VODS” is the FNB transaction system.

The president says if it turns out his son lied to him about payments he will personally have him arrested.

DA leader Mmusi Maimane dropped a bombshell in parliament on Tuesday during President Cyril Ramaphosa’s Q&A session on the VBS saga. One of the first questions the president had to answer was when he became aware of the corruption that was happening at VBS.

Maimane then threw in a follow-up question and told the president he had evidence of a questionable payment of R500,000 that was made to the president’s son Andile, an accusation the president denied. 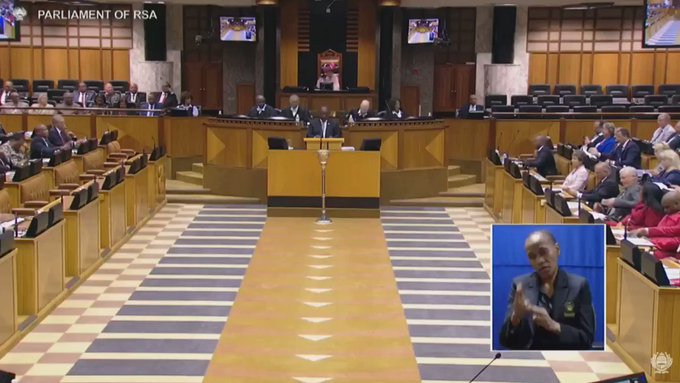 WATCH: DA Leader @MmusiMaimane reveals a proof of payment and affidavit from a former Bosasa accountant that shows a half million Rand payment was made from Bosasa for the direct benefit of Andile Ramaphosa, President Ramaphosa’s son. #RamaphosaQandA

The president said he was aware of the business relationship Maimane was talking about but said it was legally instituted through a company Andile did business with.

“It was brought to my attention a long time ago and I proceeded to ask my son what this was all about. He runs a financial consultancy business and he consults for a number of companies and one of those companies is Bosasa, where he provides services of entrepreneurship, particularly on the procurement process, and he advises both local and international companies,” he explained.

News24 has subsequently reported that Andile Ramaphosa has denied receiving the particular R500,000 payment flagged by the DA. He said he would welcome an investigation of the matter.

The president said he asked his son about the payments being obtained illegally, which he denied.

WATCH: DA Leader @MmusiMaimane reveals a proof of payment and affidavit from a former Bosasa accountant that shows a half million Rand payment was made from Bosasa for the direct benefit of Andile Ramaphosa, President Ramaphosa’s son. #RamaphosaQandA 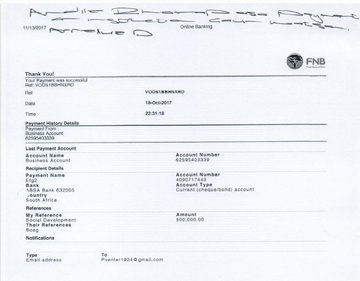 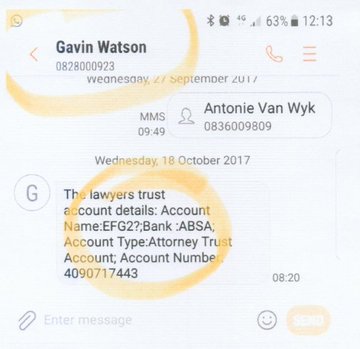 “He even showed me a contract that he signed with Bosasa and the contract also deals with issues of integrity. I have made sure that I get the information as much as I can and he is running an honest business.”

However, the president said if it turned out that his son lied about the payments being illegal he would hold him accountable.

“I will be the first to make sure he becomes accountable event if it means that I’m the one who will take him to the police station, that I will be able to do,” he said.

He said he would not stop short of seeing his son imprisoned, if necessary, which DA MPs nodded enthusiastically about.

The president said he had asked his children not to do business with state-owned enterprises.

“The filter I want you to know I apply as their father: if there is any corruption, I will be the first, if need be, to take them to jail.”

The EFF’s Julius Malema later opined that Ramaphosa should not apply one set of rules to his son while Floyd Shivambu’s brother Brian was being given negative publicity for having done work for Vele Investments, the majority shareholder of VBS.

Rule by Communists : Eskom (electricity) wants electricity prices to increase by 20% in 2022 – My Comments

30th Dec 2021 jlamprecht Comments Off on Rule by Communists : Eskom (electricity) wants electricity prices to increase by 20% in 2022 – My Comments

Rhodesia, the Boers & Croatians – What Rhodesia stood for…

24th Nov 2020 jlamprecht Comments Off on Rhodesia, the Boers & Croatians – What Rhodesia stood for…

One million South Africans have now been vaccinated

Video: S.Africa: Whites are trying their UTMOST to NOT be Racist – Why Liberals are Race Traitors!

Accelerationism is the Answer: When the White man’s steel fist hits the Jews & Blacks

19th Jun 2020 jlamprecht Comments Off on Accelerationism is the Answer: When the White man’s steel fist hits the Jews & Blacks

Shortage of skilled workers a major risk in South Africa

White Confusion: Boer Confusion: The Insane Problem of What is a Boer … and Boer internal disputes

VERY IMPORTANT: How many security guards vs police officers there are in South Africa – and why things are cha nging – My Comments

Video: American who was a Minister, brought up in a Christian family … who dumped the Bible

The White Race’s Morality and why we lose racial wars

Massive electricity price hike on the cards for South Africa