China’s naval base in the East African country of Djibouti is now big enough to host aircraft carriers – the latest sign that Beijing is looking to expand military capabilities in the region – a leading US general has warned.

General Stephen Townsend, commander for the African region, told US politicians the that the Chinese base was undergoing major expansion.

"Their first overseas military base, their only one, is in Africa, and they have just expanded that by adding a significant pier that can support even their aircraft carriers in the future," General Townsend said. 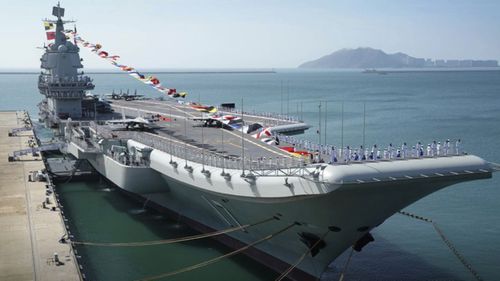 The Chinese Shandong aircraft carrier. The superpower’s base in Djibouti is now big enough to host the giant warships, a US general said. (AP)"Around the continent they are looking for other basing opportunities."

Djibouti is a small but strategically vital country that sits at the southern end of the Red Sea. It is a gateway to the Suez Canal through which trillions of dollars of trade passes through from the US and Europe into the Indian Ocean and beyond.

The Chinese base is turning into a "platform to project power across the continent and its waters," General Townsend said in a statement submitted last Tuesday to the US House Armed Services Committee.

He also warned that Beijing had increased its economic activity in Africa, surpassing the US and its allies.

"They seek resources and markets to feed economic growth in China and leverage economic tools to increase their global reach and influence," General Townsend said.

The Australian government is also worried about China’s growing naval power in the Asia Pacific.

Defence Minister Peter Dutton has warned that China was militarising ports in the region.

"We need to recognise that our region is changing," Mr Dutton said yesterday.

"China is militarising ports across our region. We need to deal with all of that, and that is exactly what we are now focused on." 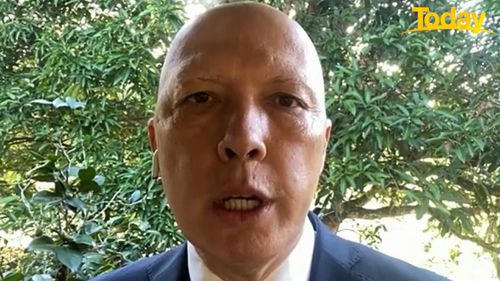 Defence Minister Peter Dutton has warned that China is militarising ports in the Asia Pacific. (9News)The move prompted immediate backlash from Beijing, with Chinese officials slamming it as an "unreasonable and provocative move taken by the Australian side against China".

Over the past year, China has slapped trade sanctions on a range of Australian exports, with billions of dollars wiped, after Australia called for an international investigation into the origins of the coronavirus pandemic and the federal government introduced foreign interference legislation.

Mr Dutton’s comments yesterday will be taken as further indication of rising tensions, as the federal government refuses to back down.

5th Oct 2020 jlamprecht Comments Off on American writes: I see another Rhodesia-SA conflict here in the USA very soon – White women betrayed us…

COVID did this: The explosive growth of e-commerce in South Africa

31st Mar 2022 jlamprecht Comments Off on COVID did this: The explosive growth of e-commerce in South Africa

12th Sep 2019 jlamprecht Comments Off on SA: Massive chain of stores close in Joburg as staff protest over ‘lazy k*****s’ slur – My Comments

South African Lockdown as a useful Military/Survival exercise for Whites

Audio: Quick Lesson: The White (European) way of War & why it can win a race war & guerilla war

25th Sep 2019 jlamprecht Comments Off on Audio: Quick Lesson: The White (European) way of War & why it can win a race war & guerilla war

Pic: COVID-19: Masks do NOT protect you!

9th Apr 2020 jlamprecht Comments Off on Pic: COVID-19: Masks do NOT protect you!

Africa: Blaming Whites for the failures of the Blacks! – The Portuguese…. – The REAL MISTAKE WHITES MADE!!!

S.Africa: After court allows singing of ‘Kill the boer’ – Waves of farm attacks and murders follow – My Co mments

Attention: Do any of you view my websites using mainly/only PHONES?