Articles
30th Dec 2019
[I've recently begun digging into CURRENT WARFARE and what is going on in the world for real. My goal is to analyse the wars and the move of the players so that I can try to determine where exactly do whites stand, and what are all the sides, including the Jews, actually doing.

The Muslim moves in West Africa seem to be leading those black nations to new levels of collapse. It is white south african mercenaries, who are holding these countries together – paid for by the USA. White South Africans were the main ones fighting the Jihadists – Which I disapprove of. I know they're getting shooting practise, but WE MUST STOP SAVING BLACK NATIONS. Blacks must be left to collapse. We need to make our way forward on this continent. Islam is not a threat to whites. If anything, it is an ally against Israel and Jews.

Recently, Russia and China made moves, and the USA is busy pulling its forces of a few thousand out of West Africa. France is still fighting there.

I am happy with any black weaknesses and any nightmares they undergo. Some of those nations are friendly to the evil black Govt of South Africa, so let them all sink together. This region is highly populated. It contains the biggest mass of blacks anywhere. This could result in some serious slaughter … which would be good from my perspective.

It shows me that the West's moves to back BLACK RULE in Africa is starting to fall apart. I am liking this. Leave the Jihadists to fight. Leave these countries to sink.

My understanding is that ISIS are the remains of Saddam Hussein's army. And they are continuing their war against the stupid Jew-run West.  Jan]

Faced with jihadist breakthrough in Burkina Faso, neighbouring states in West Africa’s Gulf of Guinea increasingly fear attacks in their own territories. These countries should improve intelligence sharing, strengthen border controls and regain the trust of local populations.

What’s new? Islamist militants’ lengthening reach in the Sahel, particularly in Burkina Faso, is a growing concern for coastal West African states. These states’ leaders fear that militants could use Burkina as a launching pad for operations further south.

Why does it matter? Militant attacks could threaten coastal states’ stability. 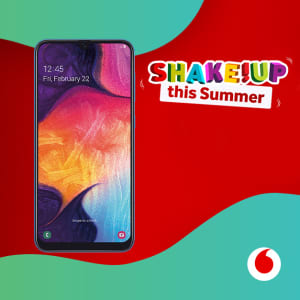 Make this Summer the best ever

Some of these states have weak spots similar to those that jihadists have exploited in the Sahel, notably neglected peripheries that resent central authority. Several will hold what promise to be contentious elections in 2020, distracting leaders from tackling the threat.

What should be done? The Economic Community of West African States (Ecowas) is lobbying for joint military operations involving regional states. But intelligence sharing, border controls and efforts to win over local populations would be cheaper and more effective. Ecowas should redouble efforts to avert electoral crises that militants could use to their advantage.

AGAIN: Experimental mRNA COVID Vaccines are NOT Vaccines! They are Medical Devices – My Comments

6th Apr 2021 jlamprecht Comments Off on AGAIN: Experimental mRNA COVID Vaccines are NOT Vaccines! They are Medical Devices – My Comments

12th May 2020 jlamprecht Comments Off on DUMB ASS South Africa: Pineapple prices explode as South Africans rush to brew their own beer

S.Africa: Police waste ($6.7 million) R100 million on tech (including Drones!) they cannot use

21st Mar 2022 jlamprecht Comments Off on S.Africa: Police waste ($6.7 million) R100 million on tech (including Drones!) they cannot use

25th Mar 2021 jlamprecht Comments Off on Video: George Galloway the enemy of White South Africans … talks about Jews in SA

TAX THE SCUM: Should South Africa risk a trade-war with US by taxing Google, Facebook, etc?

18th Feb 2021 jlamprecht Comments Off on TAX THE SCUM: Should South Africa risk a trade-war with US by taxing Google, Facebook, etc?

THE AFRIFORUM CONFERENCE ON AN AFRIKANER VOLKSTAAT (ETHNOSTATE)

S.Africa: Major Cell Phone Network company could fire 40% of its staff – My Comments

24th Jun 2020 jlamprecht Comments Off on S.Africa: Major Cell Phone Network company could fire 40% of its staff – My Comments

South Africans are getting poorer

2 White Economists say: South Africa on the verge of collapse

IMPORTANT WARNING: S.Africa risks TOTAL ELECTRICITY BLACKOUT for up to 3 weeks – My Comments

Polish South African Hero Janusz Walus to finally get parole after 28 years! – My Comments – My Mistake